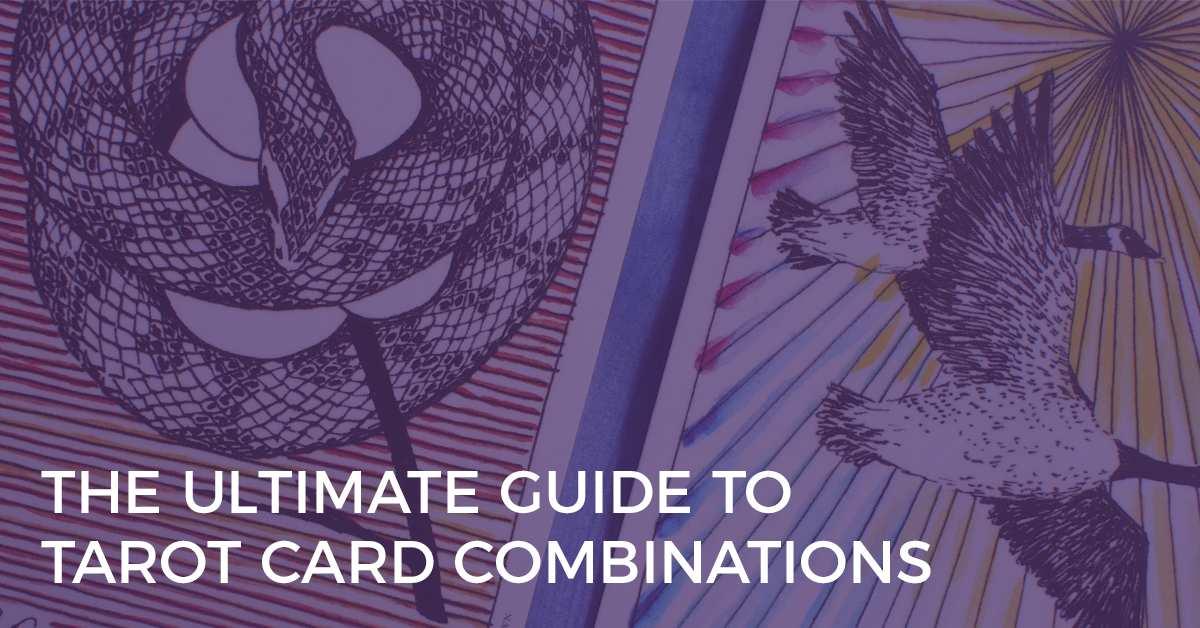 Did you know there are over 3,000 different two-card combinations in the Tarot? I am not kidding. And do you know what this means? Rote learning 3,000 meanings is NOT an option! Instead, it’s essential that you learn how to interpret Tarot card combinations, not what all 3,000 combinations mean.

Download your FREE guide to the Tarot card combinations here:

If you’re a Tarot beginner, start here! Creating Tarot card combinations with keywords and phrases is the simplest and easiest method.

Choose either one word or one phrase for each card. Put these together and voila, you have a meaning for the Tarot card pair.

You can also mix and match the keywords and phrases that you typically associate with each card until you find a combined meaning that truly resonates.

All cards in the Tarot deck have a number associated with them. Look at the two card numbers within the pairing to discover the numerological significance of this combination.

If both cards share the same number, the significance of that number is enhanced.

Two of Cups + Two of Wands reveal a focus on partnerships. In this case, it might be a couple (Two of Cups) planning a future together (Two of Wands), based around their relationship together.

The Ace of Swords (1) and the Empress (3) signifies the beginning of a cycle. Specifically, an idea or a thought (Ace of Swords) is coming into being (Empress). The Empress is ‘pregnant’ with this new idea or thought and is about to ‘birth’ it into the world.

If the Tarot cards are not close in number, then it may indicate movement from one phase to another, either in terms of progress (an increase in number) or regression (a decrease in number). I tend to read this from left to right in order to see if the number is increasing or decreasing.

Finding common symbols within a Tarot card combination can alert you to important themes associated with those symbols.

Here how to do it…

Look at both Tarot cards together. Is there a common symbol? Perhaps a castle? Clouds? Even a common colour? (If you don’t see a common symbol, then don’t worry! Use another one of the techniques outlined in this guide instead.)

Now what does this symbol mean to you? And what new information does it give you about the Tarot card combination?

Temperance + Judgement both feature archangels. This may be a sign that your angels are looking after you and offer a sign of hope and faith during a difficult time.

When the Tarot card combination features two Minor Arcana cards, then the elements can help you interpret that combination.

If both Tarot cards share the same element, the energy of that element is enhanced.

If each Tarot card shares a different element, combine the meanings of the elements.

Major Arcana cards tell a different story to Minor Arcana cards. So, look to see which group the two cards belong to in order to reveal whether you’re dealing with a temporary issue or a major life theme.

If both Tarot cards are from the Major Arcana, then you know that this is about a karmic lesson or a major life theme.

The High Priestess + Hermit = a period of deep introspection and soul-searching to connect with a Higher Power.

If both Tarot cards are from the Minor Arcana, then you know that this is about a temporary issue, situation or event.

The Page of Cups + the Three of Pentacles = mentoring a young and creative person.

The High Priestess + Three of Wands = connecting deeply with your intuition (what) by creating a vision for the future (how).

The Court cards often leave many Tarot beginners stumped. Are they people, personalities or situations? And if they are people, who are they? The client or someone else? (My advice? Keep it simple and see Court cards as personalities or characteristics of a person. Sure, you can layer up other ways of interpreting the Court cards, but this is the easiest place to begin.)

If both Tarot cards are Court cards, then it’s likely that this combination represents two people who are in relationship with one another. Each Court card represents the most dominant personality that is being expressed within the relationship.

The Queen of Wands + King of Swords = a confident, self-assured woman interacting with a dominant male in a position of authority.

Also, look at the Court position. That is, is it a combination of two Pages, or a Page and a King. This will give you insight into maturity, balance of power or stage of development.

The Page of Wands + King of Pentacles = a young apprentice partnered with an experienced businessman.

In some cases, the two Court cards may represent different aspects of the one person. You’ll need to use your judgement and intuition to know when this is the best approach to use!

The King of Swords + Page of Cups = a person who is ready to take action on their newfound creativity.

Some Tarot cards are very polarising. They either scream “Watch out!” (think, Devil, Tower and the bad boys of Tarot) or they ooze with positivity (think, the Sun, Star and the good guys of Tarot). It’s important to look out for these seemingly negative and positive cards in a Tarot card combination, as they will either strengthen or weaken the combination. Remember though, Tarot cards are neither wholly positive or wholly negative and there is always light and shade within each and every card.

If both cards are mostly positive or mostly negative, the energy is strengthened.

he Sun + Star = huge success. Whereas Devil + Tower = dire outcomes as a result of addiction. If one card is mostly positive and one card is mostly negative, the energy of both is weakened or, more accurately, balanced out. This kind of combination is showing you the light and shade of a situation.

he Sun + Tower = a blessing in disguise.

This is where things get fun! If both Tarot cards feature people, look at how they interact with each other for a new layer of insight. Are they facing towards each other or looking away? What might this tell you about their relationship?

First, look for the people in both cards. How are they interacting with each other?

If they are looking away from each other, it may be a sign of tension or disengagement in the relationship.

The Queen of Cups + Page of Wands = a teenage son ignoring his mum!

If both are looking towards each other, it may be a sign of a balanced and connected relationship.

Page of Wands + Queen of Cups = a healthy relationship between mother and son.

Play with the different combinations and see your Tarot cards come alive with this fun technique.

If you use upright and reversed Tarot cards in your readings, then you’ll find some interesting insights from these two-card combinations.

If both cards are upright, the energy is flowing easily and there’s more activity happening in the outer world.

The Nine of Cups + Queen of Swords = making decisions for the benefit of all.

If one card is upright and the other is reversed, there’s a focus on both the inner and outer worlds.

The Nine of Cups + Queen of Swords reversed = expressing contentment with personal decisions.

And if both cards are reversed, the energy may be blocked or there’s more activity happening in the inner, more private world.

Looking for the flow between Tarot cards is one of my all-time favourite techniques. I’ve left it until last because it is also one of the more advanced techniques that requires a little ‘free flow’ on your end as the reader. Flow is all about finding common symbols, people or themes within the cards and observing how these change or evolve from one card to the next.

Here’s How to Do It…

First, find something that’s common between the two cards. It might be a shared symbol, object, person, background, or even overall theme. Next, look at how it changes from one card to the next. What new information does this give you about the Tarot card combination?

In the Ten of Cups and the Six of Cups, one common element is the pair of children. In the Ten, the children are happily dancing next to their parents. In the Six, they are still happily playing, but now they are on their own. I might interpret this as “kids growing up” or an increased level of independence, yet still a sense of playfulness.

The Page of Cups and the Sun. One common element is flowers. In the Page of Cups, the flowers are on the Page’s tunic, and in the Sun, the flowers are towering above the wall and around the young child’s head. This could be a sign of taking something that you have previously held close (the Page of Cups) and now making it more public (the Sun). Layer it up with the meanings of the cards and it may be a sign that this combination represents taking your art into a public space, perhaps in a gallery or an exhibition, with lots of success. See – you can have a lot of fun with this technique once you start to get into ‘flow’!

So, there you have it – ten ways to interpret Tarot card combinations. As you become more familiar with the techniques, you’ll find yourself combining techniques to get multi-layered interpretations of the cards.

But how do you become so comfortable with Tarot card combinations that you could do them in your sleep?

How to Become A Tarot Card Combination Expert

The key to becoming really good at anything is to practice. So, here’s a quick and easy activity you can do each day to become a Tarot card combination expert:

And if you want to keep it short and sweet, simply flip over the cards, come up with one combined meaning, then flip over another pair and keep going! The benefit to doing all of this practice is not only will you master the Tarot card combinations, but you will be laying down the foundations for being able to tell the story in a Tarot reading, because you now know how to find connections between the cards.

In this FREE guide, I will to save you time, energy and tears by giving you my very best techniques for interpreting Tarot card pairs. These techniques will not only help you master Tarot card combinations, they will lay the foundation for highly accurate and insightful Tarot readings by giving you the skills to find meaningful connections in your readings.

Download your FREE guide to the Tarot card combinations here.

Learn to Interpret Card Pairs with the

GET MY FREE GUIDE 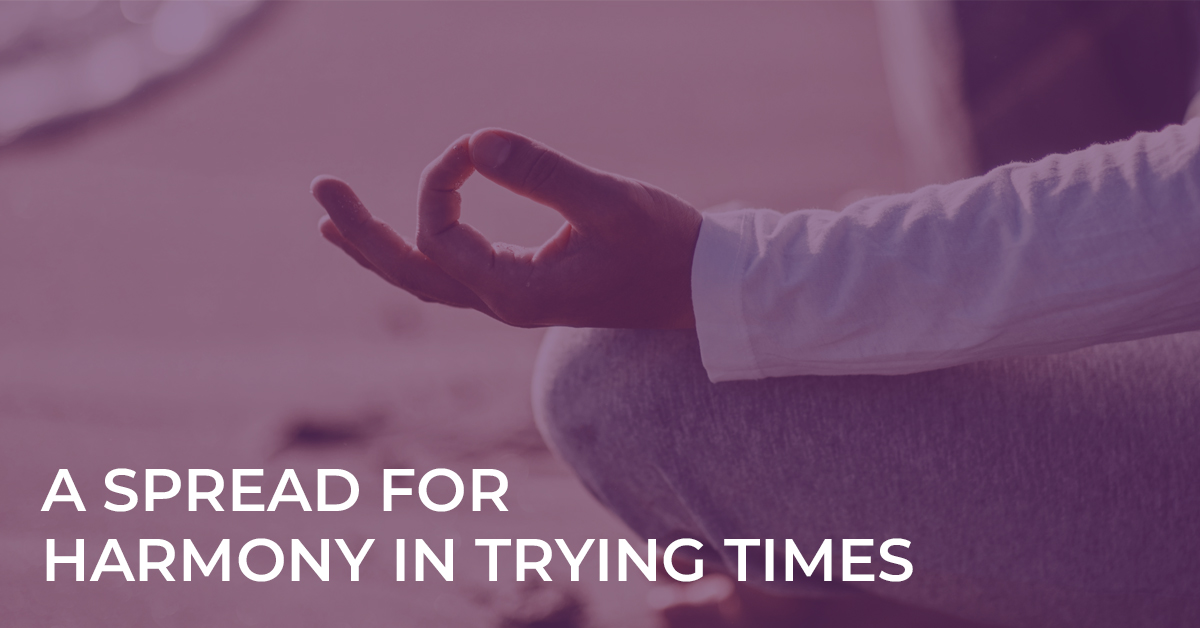 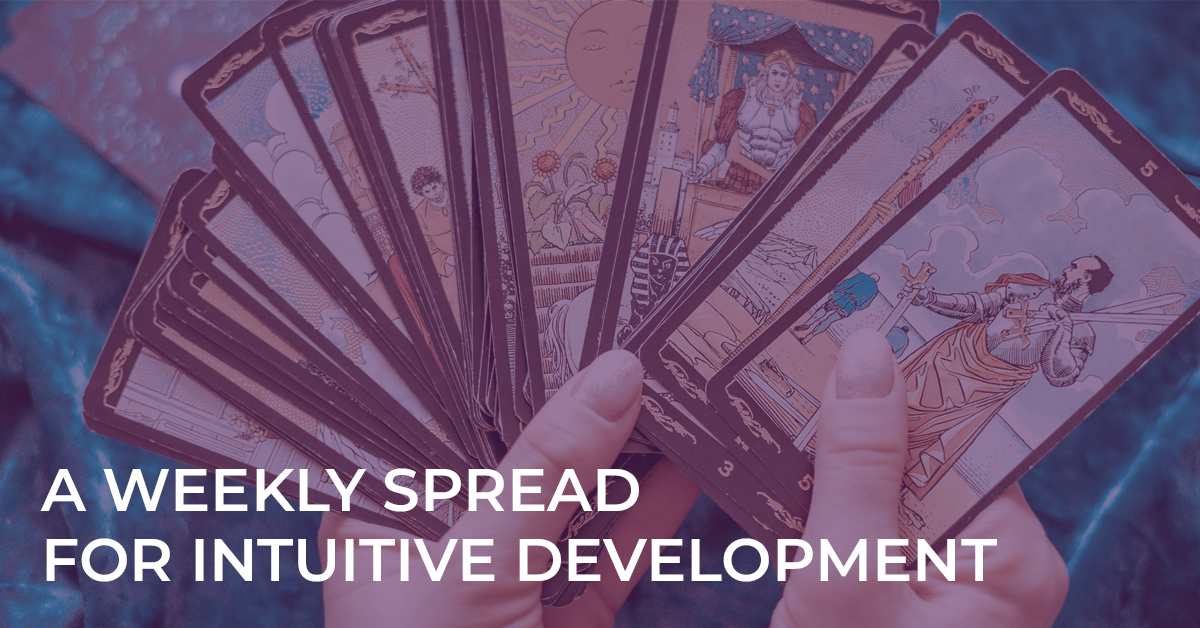 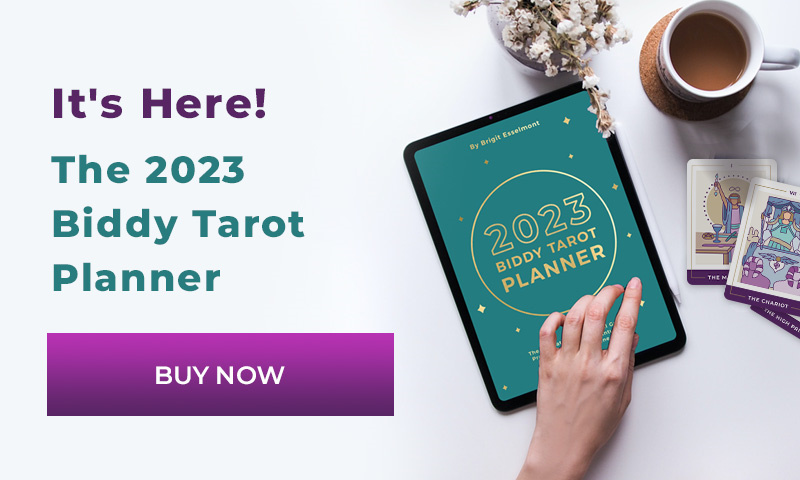