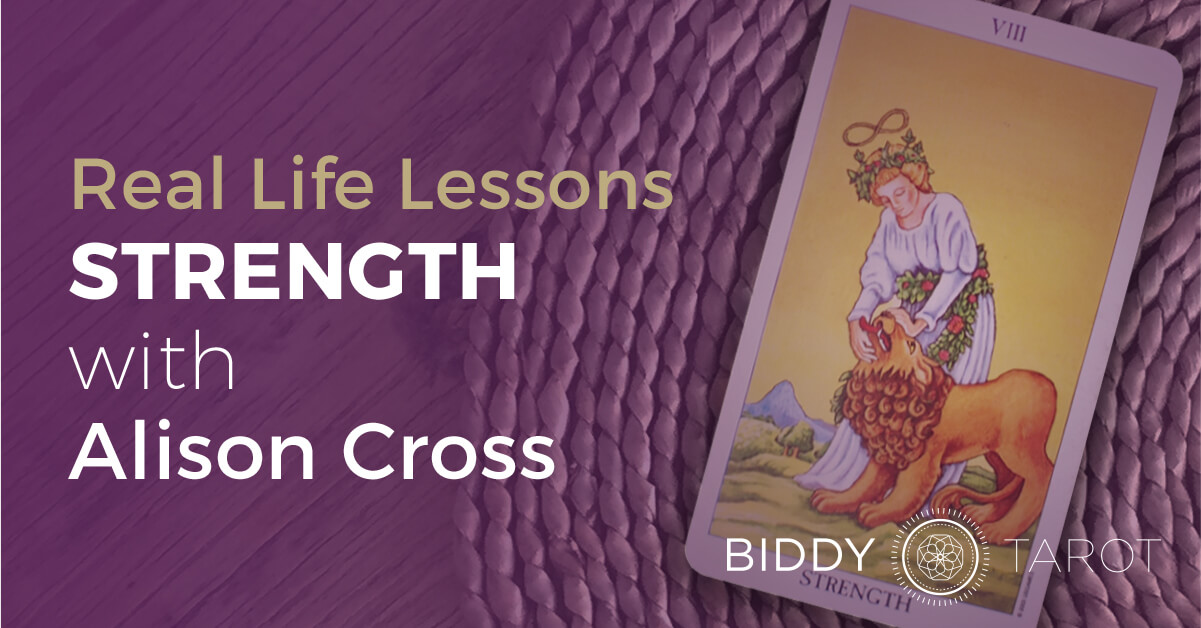 In this post, Scottish Tarot pro and blogger Alison Cross teaches us the Strength card’s messages of fortitude and feminism! Read on… 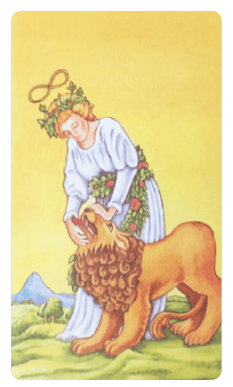 The image of a young woman in white gently closing the jaws of a fierce-looking lion is a benignly powerful image and one of my favourites in the Rider Waite's Major Arcana.

When I'm in the mood to treat myself to a new tarot deck (a shamelessly regular occurance, I'm afraid), a deck's Strength card is one that I like to check, to make sure that we are going to get along.

Back when tarot decks were simply used for gaming and gambling, Strength was depicted as a club-wielding man about to set upon a cowed-looking lion (eg Visconti Sforza) or a woman sitting beside a broken column (eg Minchiate Etruria Tarot).  Sometimes they threw EVERYTHING at it and depicted a woman, a club, a lion AND a column (eg Mantegna Tarot).

These early depictions draw upon the tales of the biblical hero Samson, the classical hero Hercules, and the cardinal virtue of Fortitude.  All the images become conflated into the image of Strength that I love in the Rider Waite Smith deck – the woman and the lion.

Some ask whether she is closing the lion's mouth or opening it.

My response is, does it really matter?

I myself tend to see her as closing the lion's mouth, but there are decks, for example, the Marseille-style decks, where she does look as if she is prying the creature's jaws apart.

For me, the key point to remember is that regardless of whether she is opening or closing his mouth, the maiden is making the lion do something that he doesn't want to do.

The lion itself could be our own ferocious animal instincts or anything in our lives that seems wild, frightening and dangerous.  The maiden subdues it.

If you flick ahead through the cards to Death in the Rider Waite Smith deck, you will see the same young woman in the Strength card on her knees, waiting to be trampled down by the Pale Rider.

Death is no respecter of persons – the spiritually strong, the temporally strong, the physically strong and the innocent – none of us are getting out of here alive, as Jim Morrison once sang.

In some decks the card is not called Strength, but Fortitude.  And there is a subtle difference between Strength and Fortitude.

Fortitude has an element of courage about it – the courage to face pain or adversity.  This concept of Fortitude ties in with how the card can be interpreted around issues of health – an illness being faced with courage and even being subdued.

My personal key phrase for Strength is: Feel the fear and do it anyway!

‘Strength' is the capacity of an object to withstand pressure, and this is clearly an important part of what the card is about.  You cannot close (or open) a lion's mouth without a lot of strength and those antecedents of the card – Hercules and Samson – were famous for their physical power.  If the maiden was not powerful, that lion would have her leg off!

Strength or Fortitude, for me, is not an end result, but an ongoing process.

The lion, of course, serves another purpose – to link the card with the astrological sign of Leo.

There is a long tale to tell about how A. E. Waite and the clever chaps and chappesses of The Hermetic Order of The Golden Dawn rationalised the exchange of Strength and Justice, so that the astrological signs all ran smoothly through the imagery of the Major Arcana, from Aries to Pisces, without having to hop-scotch to accommodate Leo and Libra.

But that's a tale best left for another day!

As a final and completely personal note, the Strength card has strong feminist ties.

In the 1832 Reform Act, women in Britain lost what slender rights to voting they had.  By the end of the 19th century there was widespread demand by women of all classes for the right to vote.

By 1904 the campaign had become militant with periods of civil disobedience and destruction of public property including arson and bombings.

In 1909, the year that the iconic Rider Waite Smith deck was published, women's suffrage prisoners went on hunger strike for the first time.  They endured forced feeding that was so aggressive that it led in some instances to permanent injury and even early death.

Pamela Colman Smith, the artist behind the Rider Waite pack, was brought up in the world of the English threatre and was a friend and colleague of women such as Florence Farr, Maud Gonne and Annie Horniman – all keen women's rights activists, campaigners and sometime members of the liberally-minded Golden Dawn. Smith was also friends with the founders of The Pioneer Players, Edy Craig (daughter of Ellen Terry) and her partner Christopher St John (Cristobel Marshall).

When I look at Smith's image of that young woman closing the mouth of the lion, I think of the strength and fortitude, the bravery and brilliance of all those who fought for women's suffrage in the face of snarling opposition from the lion of established power.  Resolutely and selflessly they worked to close those jaws.

In 2018 in the UK we will reach the centenary of 8.4 million women winning the right to vote.  It will be another ten years after that before we can celebrate the centenary of universal women's suffrage in the UK.

We have the right to vote, but other inequalities prowl around us now.

The lion's jaws are not yet closed. 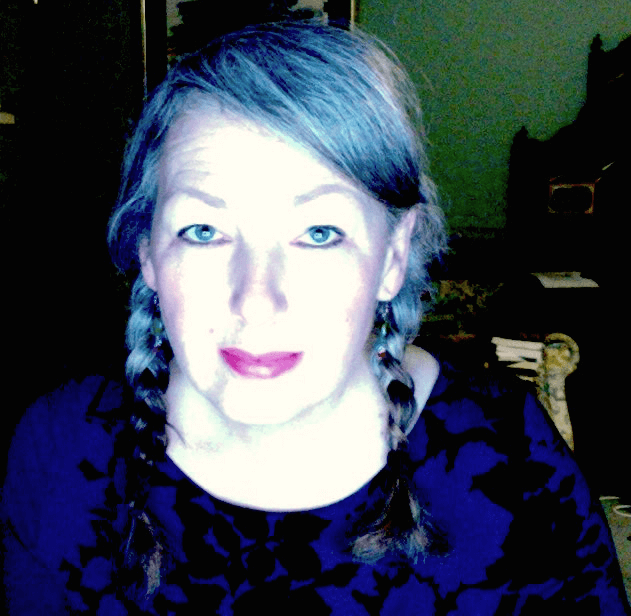 Alison has been a professional tarotist since 2003, when she joined the Tarot Association of The British Isles (TABI).  She is currently co-Chair of TABI, a role that she has held, on and off, for over six years. For the past three years, she has led the popular Glasgow Tarot Meetup Group.

A keen blogger, Alison specialises in helping other card readers understand and more easily work with the court cards of the Tarot. If you find the Courts puzzling, visit her blog at www.tarot-thrones.com

She works closely with Mark Ryan, John Matthews and Will Worthington and has recently published an e-book, A Year In The Wildwood, as an authorised companion piece to The Wildwood Tarot.

You can find Alison on the Isle of Bute on Scotland's beautiful west coast, where she lives with her partner, son and retired racing greyhound. Most of her day is spent writing, reading Tarot, or making smart comments on Facebook, but from time to time she attempts to factor in a little light housework (but only under duress).