Read the Cards Accurately and Intuitively

The Moon with Kelly-Ann Maddox 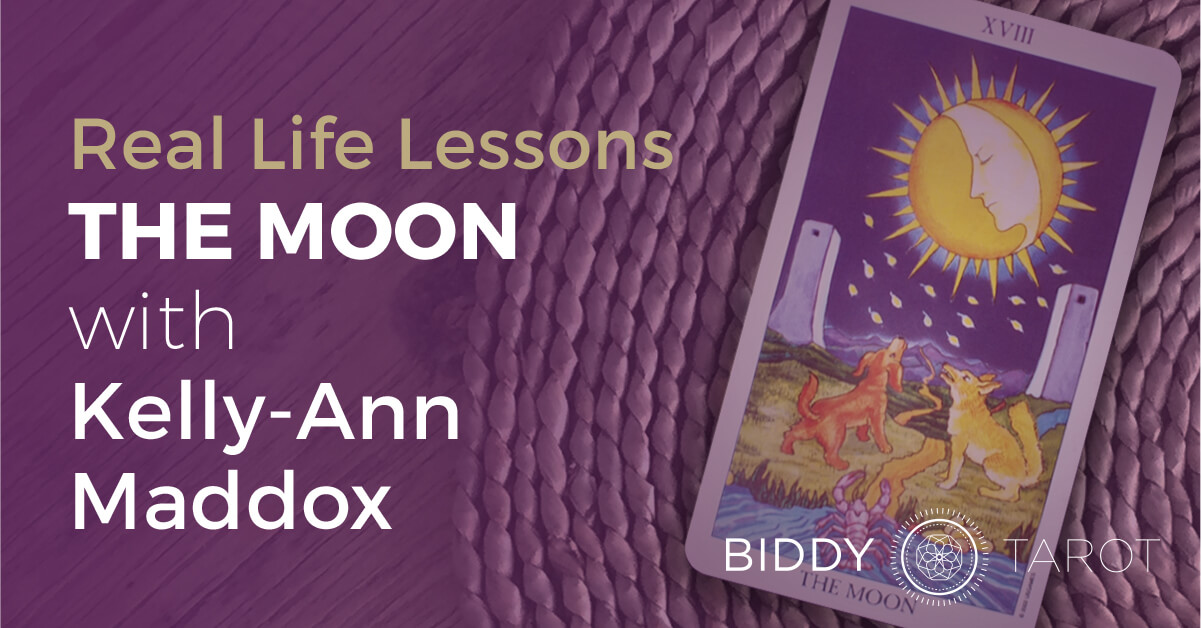 Kelly-Ann Maddox shines the light on the dark side of the moon, and the meaning behind this card– the master of illusions. Read on… 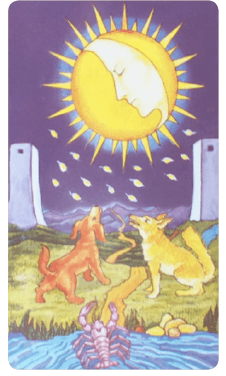 Years before I became a professional Tarot reader, I worked long shifts manning the phone lines for the UK’s National Health Service helpline. Since I have lived by the sea a few times – and paid attention in science lessons – I was already aware that the moon controlled the tides. I was also aware that the word ‘lunacy’ came from the word ‘lunar’ and that the moon was considered, throughout history, to have a maddening influence on people, particularly when full. However, in the first few months of working for the helpline I finally witnessed hard evidence of the moon’s direct relationship to human behaviour, and nothing could have prepared me for it!

When you work for the NHS helpline you receive all kinds of different calls. The training is intense, lasting for an entire month before they even allow you to answer live calls. Instructors and mentors guide new employees in handling everything from calming distressed mental health patients and anxious parents to assessing when an ambulance is needed for a life-threatening situation.

As soon as I started working shifts, the lunar cycle would come up in conversation. It was a well-known fact that working a night shift on the full moon was no mean feat! A full moon produces a major influx of calls related to mental health issues as well a notable increase in calls regarding injuries resulting from violence. Employees across the emergency services have acknowledged this phenomenon and some have even recognised patterns which occur during other moon phases. Whilst working at the helpline, one woman mentioned that her call times tended to decrease as the moon waned due to many callers being less communicative and more likely to give ‘short and sweet’ answers to questions. The moon’s influence on our behaviour is occurring all the time, whether we acknowledge that fact or not. For me, this is the essence of The Moon’s message in Tarot.

In traditional interpretations of The Moon, the querent’s state of mind is often highlighted as the focal point. Many guidebooks and blogs mention confusion, delusion, distraction, paranoia and misunderstandings. The Moon is described as a card of veils, mists, half-truths and partial illumination. Indeed, the light of the sun illuminates fully which indicates full awareness, full consciousness. Whereas the moon’s partial light can lead to uncertainty, mistaken identity and the possibility that your eyes and mind could be playing tricks on you. Both The Sun and The Moon in Tarot are indicative of states of awareness. But The Moon suggests that your judgement could be shaped by unseen energies and hidden information, just as people who experience violent urges or attacks of anxiety during the full moon may be unaware of that weird, shiny orb’s powerful effect on their mental state!

Following my experiences at the helpline, I started to see The Moon card as a sign of the need to be aware of my mental state and open to discovering what kinds of things could be influencing it. The Moon turns up when I’m feeling sure of myself and my judgements, offering a gentle reminder of how dangerous it is to be complacent in my perspective. The Moon invariably visits when I need to take a closer look at something for the obvious clue that was overlooked the first time!

The Moon reminds me that I am paradoxical and complex but also that other people are too, and that no one’s personality can be boiled down into a few convenient adjectives. The Moon asks, ‘What makes you so sure? Guess again!’ But it also has a tendency to say, ‘It is not yet time to understand. The sun will rise when it’s ready.’ The Moon is also a reassuring reminder that some things are true whether you can see them clearly or not. For instance, we know that our moon, Earth’s natural satellite, is there even when it is in its dark and new phases.

I see The Moon as one half of a whole process. When we go to Tarot, we are often searching for the light – we want to see the bigger picture, to uncover what is hidden and get a sense of the landscape which sprawls around us. The Moon can often act as a cautionary hand on the shoulder – a wise one who reminds us that we cannot push for results just as we can’t force daylight to come before it’s ready. We must enter a state of accepting what we do not know and waiting patiently, learning from the present moment instead of constantly wishing for the next one to arrive.

The Moon also reminds me of the pure potential of the night. I have always been a night owl. I love staying up into the small hours, whether I’m at an all-night party or just making art in my bedroom. As a child I constantly defied my bedtime routine. As a teenager I would walk the streets with one or two friends by the light of the moon, sitting on the swings in the local park and having heart-to-hearts. Night time is for the naturally rebellious and restless. It is for the dreamers, the artists and the witches. There’s something powerful about being wide-awake and invested in something whilst people sleep all around you. When you’re seizing the night and harnessing its power, a visible moon is like a free lightshow which only the privileged get to witness.

For this reason, there is something comforting and familiar about The Moon card in Tarot. It is an old friend and a faithful mirror. 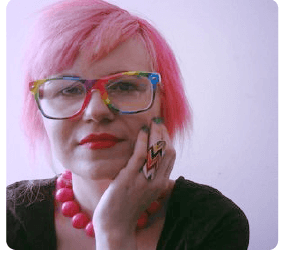 Kelly-Ann Maddox is a spiritual counsellor, Tarot reader and heart-centred business mentor. Focusing primarily on self-love, spiritual autonomy and shadow work, she helps clients to strategize, heal and unlock their personal power. She also teaches magickal technique and promotes an individualised approach to witchcraft. Through videos, workshops, courses, blog posts, e-guides and one-on-one sessions, Kelly-Ann’s psycho-spiritual approach encourages people to design their own path and walk it with confidence.

Spread the Love to Your Favorite Peeps

Transform Your Tarot Readings in Minutes

How to Read Any Card Accurately and Intuitively