The Emperor with Vix 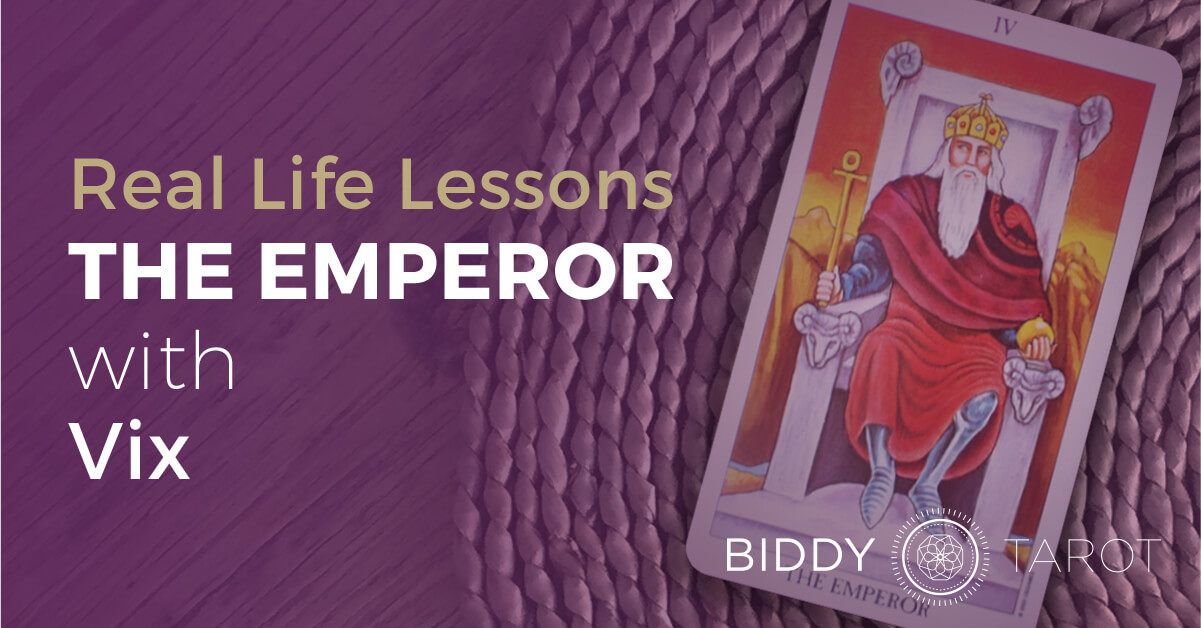 In this post, Tarot and Angel card reader Vix explains how she finally connected with the ethos of the Emperor after a lifetime of trying to live outside of his stringent rules. Read on…

HOW I BECAME THE CEO OF MY OWN LIFE 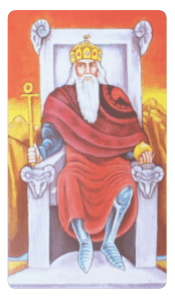 I never used to resonate with the Emperor card. Like, at all.
I was always much more Fool than Emperor. I went clubbing every night. I was a free spirit backpacking around the world, working in bars, constantly off on adventures to find myself.

After a while, I became tired of always being the Fool, and so I moved into the Page of Pentacles energy and headed to university. One Certificate IV, one Bachelor’s Degree, Two Masters and six years later I still resonated more with the Empress than the Emperor.

I was the creator. I wrote songs during uni holidays, I sat down and wrote tween fiction after days out at my teaching practice placements.

I was the Star. I danced on stages, I wrote and performed in cabaret shows. I acted in short films.

I was the Two of Swords. A lot.

I was Justice. Breaking up schoolyard fights, marking assessments. Constantly fighting for the rights of my students with special needs against the department of education, who I always saw as the reversed Emperor to my Justice energy.

I was the Magician. I was learning how to manifest, collecting crystals and cards. Whispering my dreams to the universe, making glittery vision boards and standing in utter amazement with my jaw dropped when so many of the things I wished for became real.

I was the Hermit. Living in a studio flat all on my own in London. It was wonderful, I was reading books, writing YA fiction, cooking meals for one. Connecting with myself and my own light in a way I never had before. People asked me if I was lonely and I thought it was such a bizarre question. I’d never been happier.

I was the Lovers. I met the man of my dreams and for the first time in my life, I was in a romantic relationship that really worked. I was no longer a reversed Queen of Cups to someone else’s Emperor.

I was the Judgement card. I had a major spiritual awakening and started a blog called New Age Hipster chatting about my spiritual journey.

But I was never the Emperor.

The Emperor to me was always the controlling boyfriend, the horrible boss, the uni professor who gave me a bad mark for a great assignment, London City Council who wouldn’t put down my Council Tax even though I lived in the smallest flat in the city. The Emperor was everything I didn’t want to be.

But always living under the Emperor’s rule is tiring. No matter how much you agree or disagree with what he wants, when you’re under his rule you are never really free. And as someone who’s spirit animal is still the Fool card, being free very much appeals to me.

So after so many years of hating on the Emperor, I decided to step up, take back my power and become the Emperor: I gave myself the position of CEO of my own life. I was to be my own Emperor. I stepped into the role with not very much confidence at all. I was like a Page of Cups work-experience kid, all nervous and knocking things over.

But when you embrace your inner Emperor, suddenly no one is there to judge you, reprimand you or roll their eyes when you spill your tea down your front. No one but you can decide how ridiculous or fabulous you are. Now that’s freedom.

Embracing my inner Emperor has given me courage, helped me to stand in my own power, allowed me to believe in myself and given me the drive and ambition to learn and develop the business skills I needed to take New Age Hipster from blog to successful business. And all with no one else’s approval needed.

The Emperor has taught me that although there will always be dumb council decisions, uni profs who don’t get your point and bosses on power trips, no one is in charge of my life but me.

The Emperor reminds us that we all have the power to rule our own lives. Whether we work for someone else, run our own biz or look after little ones at home. Whatever we do, we can do with the Emperor energy. Your boss may be a hard task-master, but he will never control your thoughts, what you have for lunch or how you spend your time out of the office. That’s all you baby!

The Emperor asks you to stand up to those who would try to pull you down by saying you’re not the boss of me, instead of blindly following someone else’s rule.

So now when the Emperor comes up in a reading I make a fist and say heck yeah! I know I’m in control, I’m reigning over my Empire (my life!) with love and light. I’m creating a safe haven for others who would like to come and visit. I am a peaceful and kind Emperor who treats her employees (me!) with love, compassion and kindness. I allow days off when needed, but I also expect hard work in return, because I know that’s what creates a great empire.

The Emperor understands that in order to be a successful leader of your own life you must balance the logical with the heart. You must follow your heart and work towards your dreams by taking focused action, having fab time management skills, get the work done, be able to minimise conflict and also gain the love and trust of your people (i.e. yourself).

So next time this guy comes up in a reading, don’t freak out that your boss is going to start being more demanding or that the new guy you just met is a total control freak. Perhaps it’s simply a sign from the universe for you to start running this ship that is your life. 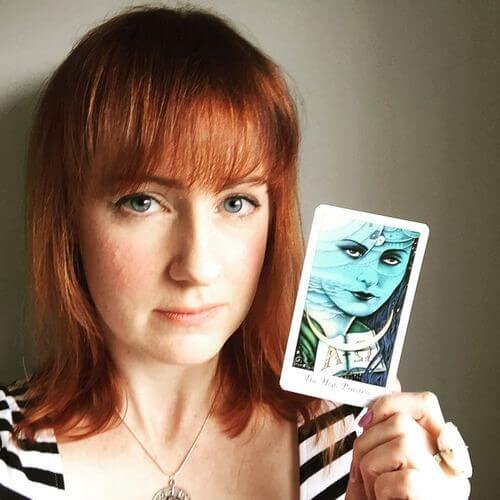 Vix is an intuitive Tarot + Angel Card Reader + Fairyologist certified by Doreen Virtue, Headmistress of Woo Woo School and the creator of New Age Hipster. Sent here on a divine mission to kick open the musty old spiritual wardrobe, Vix is all about bringing the new age into the now by making spirituality accessible to whoever wants in! Vix is an ex-high school and special ed teacher, has written a tween and a YA novel and enjoys drinking decaf tea, making Pinterest vision boards, eating Pizza and watching 80's movies on Netflix.

You can find out more about Vix by heading to www.newagehipster.co